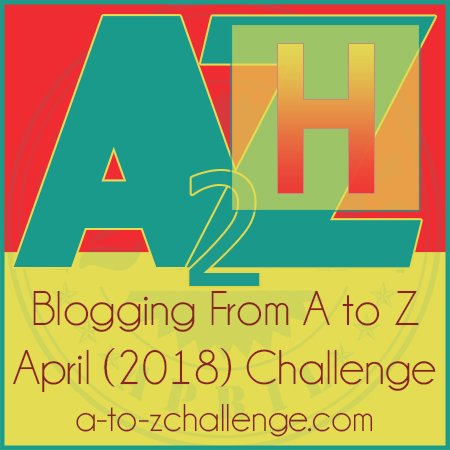 The aim of my Blogging From A to Z Challenge is to find the origins of online games, some relatively modern and some with ancient roots. Gaming might well be a modern take on an art that is almost timeless – storytelling. A perfect excuse for a writer to delve a little deeper. [Visit here for links to other A to Z participants.]

Game: Hellblade: Senua’s Sacrifice is an intense psychological action-adventure game which PCGamesN rated, “a miraculous technical feat made by a team just a fraction the size of the ones that typically dominate the triple-A space.”

Setting: A rendition of Helheim, the Norse underworld – effective use of audio and visual to submerge players in Senua’s nightmarish journey and her accurately-portrayed mental world. The world feels horrifyingly real as the sounds and graphics seem subtly distorted.

Storytelling: Hellblade follows Senua, a Pict warrior who journeys to Helheim to save the soul of her dead lover from the goddess Hela. Also, the character struggles with her mind, and the game revolves around her condition. Senua suffers from psychosis but believes it to be a curse. She is haunted by an entity known as the “Darkness”, voices in her head known as “Furies”, and memories from her past.

As Ninja Theory said in 2015, “Senua experiences psychosis, including hallucinations and delusions, as well as suffering from anxiety and depression. As a player, you will witness Senua’s living nightmare through her own eyes… Developing Hellblade independently gives us the freedom to tackle a subject as challenging as mental health. It is a subject that we are handling with all the respect it deserves, ensuring that our portrayal of Senua’s condition is both accurate and sensitive. To help us with this we are working closely with Professor Paul Fletcher, a professor of Health Neuroscience at the University of Cambridge, as well as arranging to consult directly with people who have experience of mental health difficulties. We are also very proud to say that Hellblade is being supported by Wellcome Trust, which is a global charitable foundation which aims to build a greater public understanding of science and in particular health.”

Recommendation: Hellblade was a commercial success and was well received by critics, who praised it as a work of art and applauded its uncommon choice of revolving around psychosis, the quality and uniqueness of its approach of the condition, and its story and main character. Reviews included this  7 August 9 stars review from IGN: “An incredible atmospheric story reinforces Hellblade’s serious subject matter in this vivid tale of harrowing darkness.” 2017 Players were equally enthusiastic in their reactions.

4.55 Stars: Before I played the game, I watched numerous video reviews, diaries and walkthroughs, and I was excited. The game ticked so many boxes, and elements tied into my current WIP, whose second protagonist suffers from a form of psychosis. The actual experience was intense. As expected the voices-in-the head and confused images created a disturbing atmosphere, at times nightmarish. The combat should have been simple, but not for this nerve-jangled oldie who can’t hit the right keys fast enough – so died repeatedly…frustrating. I’ll keep trying though.

H is also for Philip Pullman’s trilogy His Dark Materials, but I’ve yet to find a suitable game. Is there one?

16 thoughts on “H is for Hellblade”