The WordPress.com stats helper monkeys prepared a 2013 annual report for this blog.

A New York City subway train holds 1,200 people. This blog was viewed about 3,900 times in 2013. If it were a NYC subway train, it would take about 3 trips to carry that many people. Merry Christmas, Joyous midwinter celebrations. May our dreams for the New Year be realised in the months ahead.

Listening to Christmas music from traditional Carols to Country & Western renditions, I know that it is Christmas Eve, and tomorrow is when many will celebrate the Birth of Jesus Christ. Family is also central to the festivities, and many will be gathered around beautiful Yule trees. And there will be presents. I will be with some of my family, although aware of the faces that are missing, especially my late mother, Nidia.

On the Solstice, I posted my initial greetings for this special and wondrous period of the year, plus some links to other words of wisdom and wit. In that spirit, I wish to say that my joyful thoughts and wishes go out to all my readers, however and whenever you choose to celebrate the great gifts that are granted to us.

However, the images of those that suffer cannot be ignored and my thoughts and prayers are with them. Whether they are hungry, struggling to make ends meet, in fear of their lives, or persecuted for their beliefs, we have to stand up and fight for their rights while we have food, money and love. Perhaps in 2014 there can be true Peace on Earth, and Goodwill to All Men,

Dateline ~ Saturday December 21st: This is the longest night of the year, and not yesterday so my apologies for posting enthusiastically early.

For some today’s Winter Solstice is central to their celebrations at this season. To all of them I say, ‘May this Solstice and turning of the Wheel bring you love, peace, and good fortune in the coming year.’

In fact as the days lengthen and the light reduces the night, I repeat that to everyone, wishing you all a wonderful 2014. I realise that not everyone is celebrating tonight or even tomorrow as many are focused on the central day in the Christian calendar, the Birth of Jesus Christ. It is also a family time as well, regardless of the invasion of commercialisation.

And are we forgetting Santa Claus. He will bring joy to many of us, and I will be watching his progress on Christmas Eve with the help of NORAD – http://www.noradsanta.org/.

We mustn’t forget that in other guises Santa has been around since before Christ. There are pagan traditions such as those surrounding Odin and also the Holly King – http://www.paganspath.com/magik/yule-history2.htm – which lend a richness to our culture, if we look. Saint Nicholas ensured that the gifts were passed on to Christians, and Santa continued to evolve, although the roots will always be there.

There are others still to whom the central day in their spiritual calendar has either passed or is a little way ahead. Yet I can still wish them all the awesome best for the season ahead, and the year about to unfold, whether they share our calendar or another.

Perhaps there are others out there – you know who you are – who will be using the excuse of more sunshine to dust off their bike shorts. They too have their celebration, whatever their true belief. Ho ho ho, and definitely not humbug.

So Happy Yule and seasonal blessings to you all.

For me this shortest day of the year began with the timely discovery of this wonderful poem: http://janedougherty.wordpress.com/2013/12/20/a-christmas-wish/

It continued with watching entranced as the characters from two worlds met in France, sharing their thoughts on why this season is of great significance: http://ailsaabraham.com/2013/12/20/guests-for-yule-and-gifts/

As I draw to a close, I need to point the way to another deeper look at the Solstice and its rich history at: http://www.patheos.com/blogs/wildhunt/2011/12/a-blessed-solstice-3.html 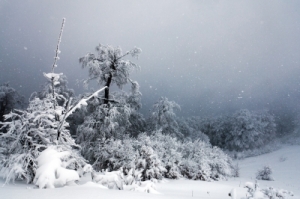 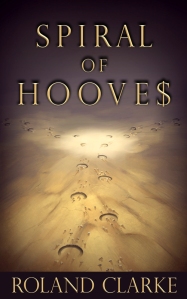 Today, my mystery-novel set in the horse world, ‘Spiral of Hooves’ has become available on Amazon and on Barnes & Noble.

As promised here is a thrilling taster to whet your appetite ~ extended beyond the Prologue to entice you more.

Enjoy the taster and then follow the links below to Amazon.

Here are the links to buy ‘Spiral of Hooves’:

‘Spiral of Hooves’, the first novel in the Chasseur series will be released tomorrow, Monday December 9th. It will be available at Amazon and at Barnes & Noble from tomorrow. I will also post further details of how you can acquire your copy here on Writing Wings, along with other tasty treats.

For openers, you are invited to come and celebrate this launch of my first novel in Cyber-Style at Facebook. Just click on the Party portal: https://www.facebook.com/events/670384243007052/?fref=ts

Join the Spiral of Hooves Party and mingle with lots of lovely cyber guests, indulging in cyber fun, food and drinks. It will start midday UK time and keep going for at least 12 hours, as I’ve got family and friends in the US, and beyond.  As it goes on into the late evening, US guests can log in after work… if they haven’t dropped in while working. (Bosses are invited too.)

So you can just drop in on Facebook, say hi, chat about me, the book, the weather… and play some competitions that might win you anything from a rosette to an e-book signed by some author guy

The Party has a Horse theme, although the novel is a murder mystery as well. (Only people were killed in the making of the novel). So bring your favourite horse or pony; there’s plenty of cyber-space and food for four-legged friends. They might even win a rosette in one of the horse themed competitions. Riding attire optional. 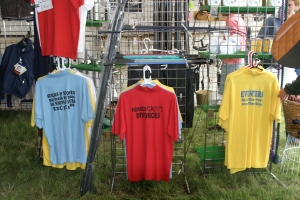 You don’t have to be there physically to attend our cyber party, or the cyber food and wine. And as an e book, ‘Spiral of Hooves’ will be available to all shoppers regardless of where you live.

And to whet your appetite, you will be able to download a PDF of the opening chapter for FREE. Watch this space as this tasty treat may provide you with the solution to winning a copy of ‘Spiral of Hooves’.

This is my first published book and I am so grateful for all the support and encouragement that I am already getting.

There will be more information on the Party page as updates so keep an eye out for them.

For further information: Visit the ‘Spiral of Hooves’ page on this site ~

Planning and plotting the Party

This was meant to be my first attempt at an Insecure blog having failed to do one on the first Wednesday in October or November – sorry IWSG.

Damn those curve balls, whether they be my health (MS), stress, or moving plans. They keep on coming, so I keep trying to knock them away. This is another attempt, although I should be doing my tax return.

Starting on a positive note, I managed to write 50,000 words for NaNoWriMo in November, and a week later I had typed the last word ~ ‘forever’. This was only a 60k rough first draft of ‘Tortuous Terrain’, but at least it’s something to work on. With a lot of revision, editing, and critique, I should be able to produce a fitting sequel to ‘Spiral of Hooves’, my first published novel, coming shortly from Spectacle Publishing Media Group.

However, my 2013 NaNo effort will have to join the queue behind four other novels needing revision, although it might jump the queue a bit if the demand is there, and if other efforts are deemed unworthy of revision. And that is where I am in a quandary, and where I am Insecure. Where do I go from here? What do I tackle next? How can I improve my editing process, which with ‘Spiral of Hooves’ took at least a decade?

I look at the speed of others when it comes to producing finished books, and I marvel… and I shudder. Most of my Facebook writing friends are completing a book a year, sometimes as many as five. Some are even producing short stories as well. Although my health is a drawback, I am retired with more time, supposedly, than many of my colleagues.

What do I give up doing? Linking with the digital world, by checking emails and social media? Learning my craft, by reading other blogs? My only escape, gaming?

Or do I set tighter deadlines? Or do I chill out and tell myself that at sixty I still have time? Or maybe I must accept that in the next life I will start trying to be a writer earlier.

It’s not straightforward when I find it easier plotting a new novel, even writing that first draft, than editing. I even have a sequel to the sequel churning around in my head… ever since I read a blog about writing a series, which suggested that one write the first and have the synopsis of Book 2 and of 3 in the wings. Great when I have two series in the pipeline ~ the Chasseur series (Spiral of Hooves++) and the Gossamer Steel series (Wyrm Bait++).

The solution is out there somewhere, but for now I will stop being a lone wolf howling at the moon, and stop baring my soul here so I can go edit ‘Wyrm Bait’, the next novel crying out for an audience. It’s already had at least two drafts, several critiques, and a professional edit.

Time to get the red pens out.

Is that the best solution? Or have I dismissed a better one above?