V is for Vidda: In the world of Gossamer Steel the Vidda is the northern area of The Country (Scandinavia) and the location of many inhabitants’ spiritual journeys, not least as the most sacred seat of learning is on the northern tip, where Veles is honoured alongside Jarilo.

Finnmarksvidda, is a plateau in northern Norway, the interior of Finnmark, the country’s largest but least populated county. Though it has no exact natural boundaries, the plain’s principal section is about 60 miles (100 km) from east to west and 50 miles from north to south. The Finnmarksvidda, made up of ancient crystalline rock, is characterized by numerous small lakes and bogs, with a few branched river systems draining northward to the Arctic Ocean. Important among these are the Altaelva (west) and the Anarjåkka (Finnish Inarijoki), forming the border with Finland (east). The region is sparsely populated. Most of the inhabitants are Sámi, many of whom live on their herds of reindeer. 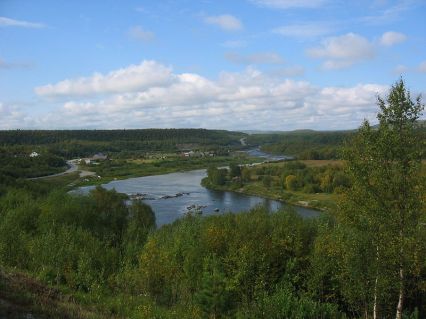 Veles is a major Slavic supernatural force of earth, waters and the underworld, associated with dragons, cattle, magic, musicians, wealth and trickery. Wikipedia also says, “Ancient Slavs viewed their world as a huge tree, with the treetop and branches representing the heavenly abode of gods and the world of mortals, whilst the roots represented the underworld… Veles, seen as a huge serpent coiling around the roots, was ruling the world of dead. This was actually quite a lovely place, described in folk tales as a green and wet world of grassy plains and eternal spring, where various fantastic creatures dwell and the spirits of deceased watch over Veles’ herds of cattle… In folk tales this land is called Virey or Iriy. Each year, the god of fertility and vegetation, Jarilo, who also dwelt there during winter, would return from across the sea and bring spring into the world of the living.”

V is also for völva, vǫlur, and vísendakona, names for Seiðr sorceresses that are fundamental to the spiritual life of The Country. 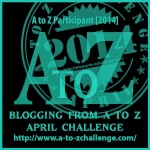