Today is the first Wednesday of March so I’m blogging as part of the Insecure Writer’s Support Group day. Whether it proves to be an industrious day, remains to be seen. But last month was.

First, a clue to the Welsh I learnt in April – I now know at least four phrases in a language that we hear all around us, if we go outside our compound.

Looking back, I’ve been busy all my life, but often that rushing around has been evasion. I had things to do, but often found other distractions. With my writing that can be detrimental, whether it is playing Facebook games, watching Soaps, or researching without direction.

However, in February I found some balance and managed to write a satisfying amount, mostly some of the chapters of “Seeking A Knife” featuring my Goth detective, DS Sparkle Lodge. I was even editing/rereading scenes when I started each day. The secret, for me, was not to set myself an impossible daily goal, and to treat the zero days as part of the flow.

That’s what we have to do, stand back from impossible targets and find the balance in our lives between work and play. That balancing act will vary from day to day, but over a greater period of time pan out and hopefully yield amazing results.

Maybe that isn’t the way the ants achieve great things, but there will be days when we are as “brysur fel morgrig” – “busy as ants”. 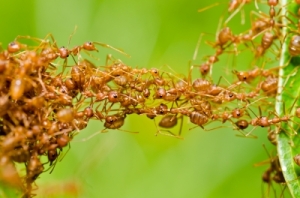 Image courtesy of SweetCrisis at FreeDigitalPhotos.net

The first Wednesday of every month is officially Insecure Writer’s Support Group day. This is my attempt to talk about my doubts and the fears that I am trying to conquer. I want to be encouraging, and by posting perhaps this is a way of saying keep striving. Visit IWSG and some other great bloggers, not all as insecure but great fun.

The awesome co-hosts for the March 4 posting of the IWSG are Chemist Ken, Suzanne Sapseed, and Shannon Lawrence! 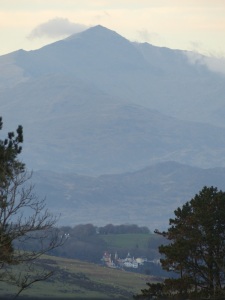 A month ago, in my First Wednesday of month post in the Insecure Writers Support Group – I worried about existing for Forty days cut off from the outside world. But my gloomy musings were inaccurate… as many of them are.

British Telecom may have failed to get us online but we can log on via a neighbour’s connection. So we are still alive and reasonably sane. I’ve just been online far less than normal, just long enough to get emails.

So has being without internet distractions, like social media and games, mean more writing?

Well no, but blame that on moving house. Once a few crucial writing things were out of boxes – pen and notebooks rather than computers – I began scribbling. Who wouldn’t with a view of Snowdon and Portmeirion. And I sense that there are lot more words as I gaze out the window.

Yet there was a part of me that worried about productivity.

Do you try to write at least so many words a day?

Are you daunted by how many books other authors publish each year?

I was. But I’ve realised that we all have to work at a different pace, and that pace will always depend on other factors like family commitments, job demands, genuine distractions, and in my case health.

When I was an equestrian journalist, I was able to write 12-20 articles a week. Short reports maybe, and I used a template system, but the facts had to be changed, plus the quotes. And there was the initial research which often meant two days at a weekend show. [Friday was my ‘day-off’/chill day.]

However, poor health and retirement have brought a change in lifestyle so the secret of productivity has evolved, although it had probably always been threefold… I just wasn’t aware of it.

I won’t be measuring my new life in Wales in terms of words written or books published, but in terms of the peace of mind that comes from living a richer life. That is inspiration worth sharing in carefully crafted creations from the soul.

What do you feel creates words of worth, productivity or peace of mind?