Phrases trigger memories – well, they do for me. Recently, I took part in the WEP August Challenge and the theme was ‘Change of Heart’ and that clicked through to this memory-post. Before I revisit that memory, I want to congratulate everyone that took part in the Challenge and created such amazing pieces, especially the winners announced here.

Back to the memory that theme triggered:

Gun being used by a youngster in London

In the early 1990s, Gaia Productions Ltd produced a short film and documentary entitled ‘Change of Heart’ that looked at the various means for tackling youth crime within Greater London.

Initiated by film editor, Gordon Greenaway, the focus of this production was the involvement of young ex-offenders and kids at risk from youth crime at all levels, from the cast to the editing.

The plot and script were workshopped with a young offenders’ rehabilitation group that worked with drama as a means of tackling the issues behind youth crime. The plotline that the group developed was to present a young offender that was struggling to choose the right life path but was plagued by his inner self. The final filming script was drawn up by the director, my ex-wife, Joanna Lehmann, and I was involved as the producer.

The group ‘auditioned’ for the parts and a number took roles, including the protagonist who was played by Louis, a black guy with natural talent. We ended up with a mixture of professional and non-professional – and some of the non-professionals had been convicted in the past. The parts played by professionals included the ones representing the dark tempter and the light conscience, portrayed by Dexter Fletcher (Band of Brothers, Dir. Bohemian Rhapsody) and Ian Dury (Raggedy Rawney, singer-songwriter of The Blockheads), and the protagonist’s parents.

‘Change of Heart’ was shot on 16mm film at various locations in London, with scenes varying from a family argument, to a petrol station hold-up and a ram-raid. For the crew, we had film industry head-of-departments – such as director, cameraman, designer and makeup – with youngsters assisting and learning. Some were ex-offenders, like the acting group, while others were from inner city groups tackling youth crime issues in their neighbourhoods. Gordon Greenaway edited the film with a trainee.

This ‘apprenticeship’ was also reflected in the documentary crew that shot their segment on Betacam. They covered behind the scenes of the film, and interviewed groups involved with rehabilitating young offenders such as a soccer club and a motor mechanic project, as well as Feltham Young Offenders Institution.

For many of the ex-offenders ‘Change of Heart’ proved a unique experience. For instance, Louis went on to become a professional actor with the help of Dexter and his agent mother. Another one in the cast, who had been convicted of armed robbery, played the petrol station attendant and found being on the ‘receiving end’ was a valuable lesson – better than any in prison. Some of the crew trainees worked for their ‘mentors’ on other productions.

As for the finished product, that was shown around community centres and also taken by a distributor. But the distributor failed to promote it – even when Ian Dury died a few years later of cancer and there were retrospectives on his creative work. Tragically, the final product was mislaid by the distributor, although most of the edited footage still exists – somewhere in London – and there are VHS copies.

However, for some it was still a change of heart. 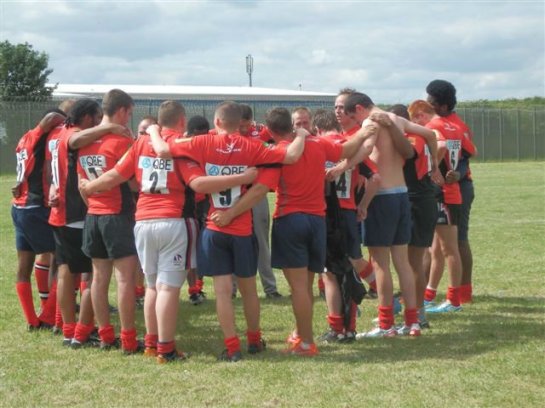