For today’s Thursday Creation Review, I’m reviewing another of Sue Barnard’s novels, Heathcliff: The Unanswered Questions Finally Answered?, which I announced prior to its release on Monday, July 30th, alongside my review of Sue’s last novel, Never on Saturday.

This post is somewhat delayed due to MS depression zapping my spoons.

“It would degrade me to marry Heathcliff now…”

Cathy’s immortal words from Wuthering Heights change Heathcliff’s life. At just seventeen years of age, heartbroken and penniless, he runs away to face an unknown future.

Three years later, he returns – much improved in manners, appearance and prosperity.

But what happened during those years? How could he have made his fortune, from nothing? Who might his parents have been? And what fate turned him into literature’s most famous anti-hero?

For almost two centuries, these questions have remained unanswered. Until now…

I always enjoy Sue Barnard’s novels so was looking forward to this one – and I wasn’t disappointed.

Although I read some long summaries of Emily Bronte’s Wuthering Heights, to familiarise myself, I regretted that I had never read the book – my excuse being that it was not a set book at school, unlike Jane Austen’s and Joseph Conrad’s works. (An omission that I intend to rectify). However, a prior knowledge isn’t required as many of the incidents are recounted, albeit with the missing three years at their heart.

The style of narration adopted seems to echo that used by Emily Bronte, but with Sue Barnard’s style woven in to make this a re-telling. Each scene is told from alternating perspectives, with the narrator’s name before each one.

For those three years of Heathcliff’s life that Emily Bronte left unexplained, Sue Barnard has done some interesting research and come up with plausible reasons, not only for his wealth and prosperity but also for his appearances and mannerisms. But I won’t let on about that time, just believe me when I say that the explanation works – as does some fascinating revelations at the end of the novel. Hidden secrets and devious research make for key threads.

Barnard makes good use of the historical setting for her re-telling, creating some new and memorable characters to fill those unexplained years. And the existing characters might be Bronte’s but they are fleshed out, although I didn’t understand some of their oddities. Heathcliff became clearer and darker than I had envisaged him – no thanks to Hollywood. He comes over as both tragic as he spirals out of control and depressing in his failure to see reason. But isn’t that the way with anti-heroes?

So, this wasn’t a smooth read, nor my favourite Barnard book, but I still recommend this novel. 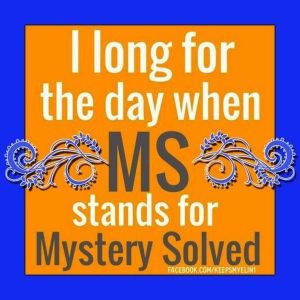 Anyway, one of my favourite authors – and one of my editors and writer-friends – is Sue Barnard. Ever since her first novel, The Ghostly Father, I’ve been an avid follower, reading all four of her novels released to date – all four or five star reads. Sue’s latest novel, Heathcliff: The Unanswered Questions Finally Answered? , is released on Monday, July 30th, so I will present the novel for your delectation.

First, an extended version of my original review of Sue’s last novel, Never on Saturday.

Two stories, two heartbreaks: one past, one present…

Leaving her native France and arriving in North Wales as a postgraduate student of History and Folklore, Mel is cautiously optimistic that she can escape from her troubled past and begin a new and happier life.

She settles into her student accommodation and begins work on her thesis, concentrating particularly on one fascinating manuscript: a compelling and tragic tale of a cursed medieval princess.

Then she meets Ray – charming, down-to-earth and devastatingly handsome. Within days, Mel’s entire world has transformed from lonely and frustrated to loving and fulfilled. Despite her failure with previous relationships, she allows herself to hope that this time, at last, she can make it work.

But Mel’s dreams of happiness are under constant threat. She is hiding a dark and terrible secret, which Ray – or indeed anybody else – must never ever discover…

I enjoyed this novel which once again showed Sue Barnard’s ability to write in different ‘genres’ – or perhaps that should be time-styles as this engrossing novella has a historical timeline and a present day one.

The two threads to this tales weave together – but saying ‘why’ would be a spoiler. I enjoyed the way they came together and sussed what was going on, or rather ‘who’, early on – even if I took a confusing operatic detour in my head.

Mel is an interesting character as is Ray but in a different way. I enjoyed the familiar North Wales setting and the brief language references. The folklore and historical elements never felt overdone and they were informative as they were thrown in as neat asides.

Never on Saturday is a fast and easy read with a neat ending, a well-crafted mix of styles and their respective settings. Plus, there are informative author notes at the end. Overall, I would recommend this novella.

How the Story Came About:

Sue Barnard: “A few years ago I was on holiday in western France and came across a legend associated with the area I was visiting.  Previously I’d been vaguely aware of the existence of this legend, but until then I’d known next to nothing about it.

A couple of weeks after I returned home, I was mowing the lawn when suddenly a line of dialogue popped into my head.  Goodness only knows where it came from, but it proved to be the starting point for what would eventually become Never on Saturday.

The line was “My name isn’t [X], it’s [Y].”  Unfortunately, I can’t be more specific here, because that would give away too much.  But suffice it to say that [Y] is the name of the character featured in the old French legend.”

“An intriguing combination of myth and modern! I don’t like to give the story away to spoil it for future readers, but Sue has taken a myth and woven it into a magical love story. This story is easy to read and follow, even though it slips backwards and forwards in time. An act of revenge, a curse, a mythical creature, magic, and a rather attractive man goes into the mix to make a very entertaining story.”

“A must-read for fans of paranormal romance. A simple, modern-day love story is interwoven with an ancient French fairy-tale. I’m a sucker for folklore so I loved the old legend which I hadn’t come across before but even if you have you won’t know how this version will end.”

“A well-crafted, beautifully written little novella, which I devoured in one sitting. Like every book written by this author, a quality read which ticks all the boxes.”

“It would degrade me to marry Heathcliff now…”

Cathy’s immortal words from Wuthering Heights change Heathcliff’s life. At just seventeen years of age, heartbroken and penniless, he runs away to face an unknown future.

Three years later, he returns – much improved in manners, appearance and prosperity.

But what happened during those years? How could he have made his fortune, from nothing? Who might his parents have been? And what fate turned him into literature’s most famous anti-hero?

For almost two centuries, these questions have remained unanswered. Until now…

How the Story Came About

Sue Barnard: “It all began with a chance remark from a former schoolfriend: “Sue, I love the way you’ve based your book on what we did at school. What are you going to do next?”

“We were chatting just after the release of my third novel, The Unkindest Cut of All, which features a performance of Shakespeare’s Julius Caesar. This was the play we’d studied for English Literature O-Level (as it then was, back in the dark ages before GCSEs). The novel set for the same exam was Emily Brontë’s classic Wuthering Heights.

“At the time, it was just a passing joke between two friends who recalled crying on each other’s shoulders as we’d struggled to make sense of the vagaries of the plot, tried (and mostly failed) to decipher Joseph’s incomprehensible dialect, and attempted to understand the book’s complicated inter-personal relationships. The latter was not made any easier by the characters’ confusing similarity of names. Emily Brontë had clearly never read the rule-book about this. Three of the characters have names beginning with the same initial, one of them has a first name which is the same as the surname of another, and two others have the same name entirely!

“But somehow, the idea just wouldn’t go away. I then recalled how our teacher (the wonderful Mrs Hall) explained how “…by having the story narrated by Nelly Dean, Emily Brontë avoids having to tell us exactly what happened to Heathcliff during those missing three years…”

“So – what might have happened to him? Could I try to get into his mind, and write a story which attempts to answer that question?”

“I had always wondered what happened to Heathcliff during those three years he was absent from the action of ‘Wuthering Heights’. What would change him from a passionate, unruly youth into a polished gentleman? And who were his parents?”

“Sue Barnard answers these questions (and more) in a way that makes total sense, as well as making a really exciting story in its own right. Painting vivid pictures of the culture of the time, Barnard shows us Heathcliff as he changes – and why. I loved the fact that her plot and his development made sense psychologically as well as culturally while fitting in seamlessly with the text of WH. I love WH so much that I would have worried about any additions, had not Barnard proved herself to be a safe pair of hands in her earlier books. Being a Cathy myself, I’ve always wanted more of Heathcliff – and I couldn’t have got him in a better form!”

“A great read! It is fascinating to discover the author’s take on one of literature’s great mysteries. Be sure to read the author’s note too.”