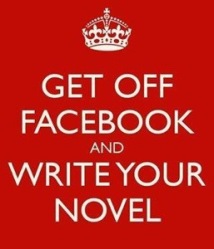 This is one of those blog memes doing the rounds and it was Facebook writer friend David W Robinson who encouraged me to have a go  – although I had to confess that it might be another means to put off my outstanding edit. In fact that’s been outstanding for eleven months.

First I should say that David is the opposite of me, as a visit to his ‘My Writing Process’ post at http://www.dwrob.com/2014/05/my-writing-process/ should make clear. He’s also a very prolific writer and one of the awesome Crooked Cat authors, which is in contrast to my single novel in print. Or can I count all those magazine and newspaper articles… guess not.

However, we share a passion for crime even if his see daylight beyond his eyes. Please check out his site and enjoy his writing.

Enough prevaricating, time to confess about My Writing Process.

Beyond the words ‘sporadic’ and ‘erratic’ there is a pattern. At specific times of the year, mainly during November and NaNoWriMo, I focus on getting a first draft down on paper. I usually aim to plot this novel out in detail during previous months, leaving room for the characters to introduce their own direction to the tale. Sometimes I manage to fit the draft for another novel into a year, and write that in the same way – outline and fast first draft.

However, this process has left me with five unfinished novels, including the one that I class as “the outstanding edit” – ‘Wyrm Bait’. I wrote the first draft in July 2011 and I revised it in 2012 using a cut & past approach = printed version, lots of colour pens, cards, shuffling and slicing. When I was satisfied with the third draft of ‘Wyrm Bait’, I sent it to some professional editors – Hyland & Byrne – and received some very constructive comments, suggestions and line-by-line changes. That was in June and I still need to start on the next revision using their material.

That means there’s no writing process there, although I have completed another NaNo draft and various shorts set in my Gossamer Flamesl world. Somehow re-writing and editing shorts is easier to face than a whole novel. Too many distractions standing in my way like emails, reading other blogs, social media, not to mention moving house.

Yet, if I take a step back and look at this all carefully, I can see a pattern. Rather than work in large chunks of text or time, I choose smaller slivers to focus on – small specific targets, like short stories.

And what is a novel but a series of carefully crafted scenes, with twists, turns and threads weaving them together. Maybe dividing it up that way, pacing myself, will become my re-writing process.

So I have no excuse now. Tomorrow I must start on revising ‘Wyrm Bait’ – or maybe next week.