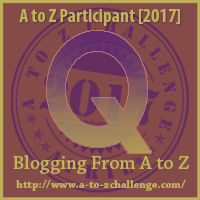 Q is for Quipaipan: April 1532 – On Quipaipan, the plains west of Cusco in Peru, the two brothers, Huáscar and Atahualpa, sons of Huayna Capac, gather their armies to decide the succession to the throne of the Inca Empire. However, a diplomatic delegation from Kanata with experience of the Spanish attempts to subvert the indigenous tribes of the region persuades them to unite their forces in the face of a deadlier and wilier enemy.

Swayed by the wisdom and the trade agreements offered by the Kanatians, the Inca Empire reunites, and with an army of over 300,000 prepares for the devious invaders. The Incas stand firm when Francisco Pizarro and his small force of fewer than 200 Spaniards meets Atahualpa and Huáscar in Cajamarca, on 16 November 1532. The Spanish are outwitted and only achieve minor recognition, being granted permission to establish a trading post in the capital city of Cuzco, operated under Inca regulations.

Portrait of Atahualpa, drawn from life, by a member of Pizarro’s detachment. 1533. Source: Book of Liselotte Engel. (Public domain)

In our timeline: The Inca Civil War was fought between the two half-brothers, Huáscar and Atahualpa, sons of Huayna Capac, over the succession to the throne of the Inca Empire. The Battle of Quipaipan was the final battle of the civil war and Atahualpa’s generals won a decisive victory. Atahualpa should have become sole ruler of the mighty Inca Empire had he not been captured himself by Francisco Pizarro in Cajamarca. Although the Spaniards had fewer than 200 soldiers and the Incas 6,000 in Cajamarca, the Spanish were victorious by preparing an ambush and as the Incas were complacent. Pizarro then captured and ransomed Atahualpa, using him to control the empire until the ransom was paid. Then he had Atahualpa garrotted. Within fifty years the Spanish managed to conquer the whole of the Inca Empire.

If Kanata was an alliance of Norse settlers, indigenous tribes and other Europeans, how realistic is it that they could prepare the Incas and the others for the Spaniards – presuming experience with other tribes in Central America? Would the Kanatians appear European or more native? What trading benefits could they offer?