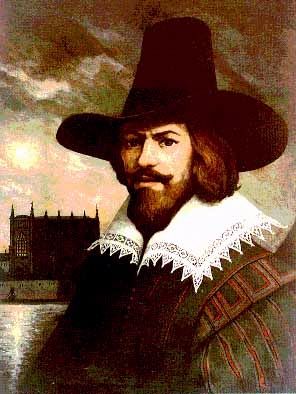 Time to look ahead and maybe concoct something. Now seeing that this is the UK and November 5th is creeping up on us, I was thinking something explosive and controversial. Fireworks?

Well there was a devious plot on 5 November 1605 that might have made headlines, if it was successful. But now it is remembered in a different way than intended. But what would have happened if Guido had succeeded?

On a serious note, our animals would be better off.

However my November is more likely to be more of “I have a cunning plan” – if all unfolds as intended. No I don’t mean the proposed return of ‘Blackadder’, although that could be more than cunning. What do you think??

No, I mean NaNoWriMo and my chance to recreate “Fates Maelstrom” with my female Goth detective and in Snowdonia. I’ve almost finished the new character profiles and interviews, and there is a new detailed outline – a devious plot that Guido might approve of, and even a cunning plan that Baldrick couldn’t disagree with. And I have a blurb:

“Did Twyla Locke kill her wealthy English grandfather? Is the nineteen-year-old gypsy woman a schizophrenic liar that could kill again? Or is someone impersonating her, in an attempt to destroy her dreams?

Detective Constable Sparkle Anwyl believes the Romani girl is innocent, but her superior, Detective Sergeant Mal Sumnor, thinks that the forensic evidence against her is overwhelming. Why should he believe his offbeat Goth junior? She’s only needed as she understands Romani.

Then American investigative journalist, Brogan Keyes, produces photos that prove Twyla’s innocence. But why is he in the Welsh village of Craig-o-Niwl? Who is he? What is he hiding?

Sometimes the truth can lie hidden in the past, and some ghosts wield power in vulnerable minds. And some people have reasons to fear buried secrets.”

Although I am hoping that my preparations help me in November, I wonder if I can write 50,000 words in a month. Okay, I did in 2011, 2012, and 2013, but last year was a total zero. In 2014 I intended to write “Fates Maelstrom” Mark II but my total was zilch…nada. Perhaps because I hadn’t got my head around Sparkle Anwyl, or because my health intervened. Having just written 43,639 words in 100days – the 100k in 100 days Challenge – I know my limits, although that was all done ‘pantster’ style.

Or is the secret in the planning stage?

There are some good guides to that stage out there, like this one by Janice Hardy, who says for instance:

“If you like to outline, you might break down your 12,500 words into chapters to get a feel for pacing and structure. To hit your 50K-word mark, you’ll need to write 1667 words a day, so let’s say you’re aiming for a chapter a day. That would give you 30 chapters at the end of the month, a reasonable amount for your average 60-80K novel.”

So what’s my problem? Did Guido achieve anything? Would Baldrick do better?