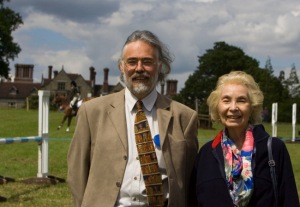 As I prepare to embark on a life in the US, I realise that 2015 is witnessing the closing pages of some chapters in my life: my involvement with the sport of eventing.

On April 4th, I lost my close friend and organiser-mentor Bill Allen, and I attempted to say in my tribute what Bill meant to me and to the sport.  Not long afterwards, on April 29th, The Hon. Daphne Lakin, organiser of Iping Horse Trials, died and with her more memories of a special person. At the beginning of June, Bill’s co-organiser at Purston Manor Horse Trials, Dr Peter Lamont, and another guiding light, sadly passed on. Despite the courage of Bill and Peter’s widows, Ann and Jill, there were not enough entries to stop the final running of Purston being cancelled.

I felt these sad departures heralded the end of an era, but they are underscored by another departure. On May 22nd the final issue of Eventing magazine was published, the June 2015 edition. I wrote on Facebook, “As others have said, Eventing got many of us started in journalism – or in my case re-started after a false start. Made so many friends this way from journalists like Jane Perry, Julie Harding, Ellie Crosbie, photographers like Nick Perry, Stephen Sparkes, David Miller, and riders, owners, organisers, grooms. So many memories and a sad end of an era.”

Although Kate Green was the editor that gave me my first reporting job for them in 1993, her assistant and successor, Julie Harding kept me writing. To my post Julie replied, “Agree Roland. So many wonderful people met along the way and friends made. Delighted to have helped some launch their careers too. Eventing was so many things to so many people – hence why there is much sadness surrounding its demise.”

In her own post she said, “Sadly the end of Eventing after 30 years… Janet and Brian Hill, its founders, could never have believed when they started it that it would go on to have such a long and illustrious history. A lot of people will miss you Eventing.”

That was reflected in both the comments about Eventing Magazine’s departure, and in the tragic loss of three great organisers.  They will all be missed, and the sport is poorer for them leaving us. 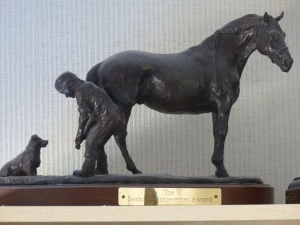 Although I didn’t start writing about the sport regularly until 1993, and didn’t co-found the South East Eventers League until 1995, my own involvement with eventing actually preceded the magazine’s launch by over twenty years.

In 1973, when I was twenty, my journalism career started as a sub-editor for The Field. Then one day the assistant editor, Derek Bingham, took me with him to Tidworth Three-Day-Event, which was the British Junior team trial. Once they saw my amateurish photos, those Juniors even persuaded me to take photos at their final trial. So began a sporadic flirtation that took me all over the UK taking photos, briefly to Toronto, and to events on the continent – Netherlands and Germany. Basically I was hooked.

I experienced some high-points, although the pinnacle came from carriage driving – as a passenger in the ‘suicide seat’ of a marathon carriage. But I remember cheering friends to victory at three-day-events, which is echoed in my novel “Spiral of Hooves”. 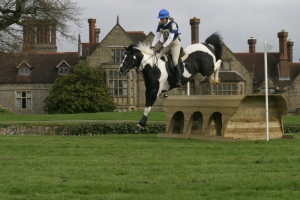 And there were terrible low points, mainly when riders were killed, or horses. I’ll never forget standing by the main arena at Badminton in 1976 when Lucinda Prior-Palmer (now Green) won on Miss V Phillips’ Wide Awake, but then he died of a heart attack on his victory lap.

I regret losing a photo I took of Mr C Cyzer’s Killaire in his stable, a photo that looked like a painting. It was taken a few years before Lucinda won Badminton on Killaire in 1979.

When it launched in 1985 The Guardian described Eventing as “a tough workhorse aimed at the serious trials riders and budding Lucinda Greens.” But that workhorse has now retired, and so has this one.

But we’re not going to retire gracefully, are we? NO WAY.

I’ll keep writing about horses, even if they are fictional. Okay, “Tortuous Terrain”, the sequel to “Spiral of Hooves”, is based in Idaho, and the sport is more western – endurance riding and barrel racing. But easier to research, I hope.

And then comes “Suicide Seat”. 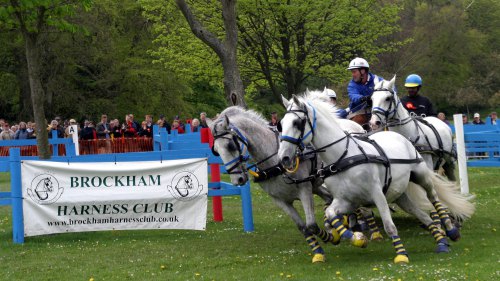 Dick Lane and his team of Lipizzaners – by Roland Clarke