November has gone and another NaNoWriMo is over. Time to think about what I discovered.

My daily average for this November was 2,008 words and as a result, I reached the 50k target on November 22nd, in time to celebrate Thanksgiving with my US family – without feeling that I ought to be writing. By the end of November, I had written 60,264 words of Ruined Retreat.

On reflection, I realise that with perseverance I can write 2,000 words per day – if I know roughly where I am going. I did have to minimise the time working on emails, checking Facebook, getting distracted but I wasn’t a total bore, I hope.

Back to that outline: a rough one, sketchier than with previous ‘novels’ but with the advantage of being Book 3 in the Snowdon Shadows series, so I knew some of the characters. Now, as I return to the fifth draft of Fates Maelstrom, Book 1 of the series, I know even more about the characters and where they are going.

Previously, I had plotted my novels with intricate detail, almost scene by scene. The problem was that diversions were difficult even if the characters demanded them. The danger of a too-rough outline is having too many wild plot horses to tame – as with Spiral of Hooves which took thirteen years to complete. 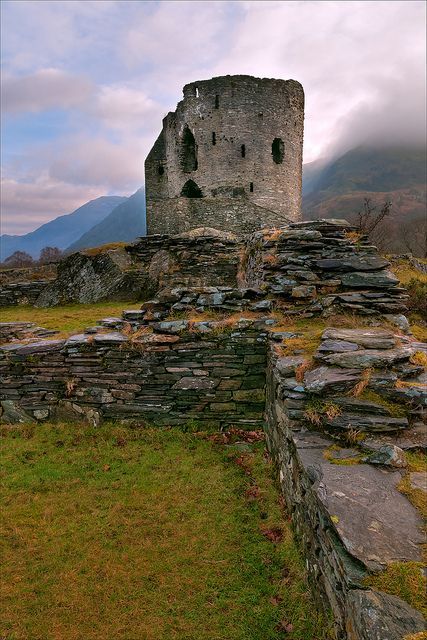 Photo of Dolbadarn Castle, Snowdonia by Etrusia UK on Flickr

This time, I used a mystery plot template from The Novel Factory at https://www.novel-software.com/ and the three-act structure proved ideal, especially when I discovered that Scrivener had a similar three-act fiction template when I created the Ruined Retreat file. Having merged the two ‘guides’ to create, my novel flowed out more easily and logically. On November 26th, I completed the first draft and spent the next four days reading through what I had written, changing the glaring errors and marking the phrases that needed to be worked on and developed.

An interesting side-note is the research for this novel. Some research was done while I roughed out the plot, although that was more like compiling links for later use. I also marked up keywords in the text with Scrivener – yellow highlights and red text – to remind me where research was still needed. However, I must confess that my research brain doesn’t always switch off and niggles me until I check a fact. But I do ‘favourite’ the site if there’s too much to check, then knuckle down to writing more words.

Okay, 60,264 words are not going to be the final total for Ruined Retreat, but it’s the first draft so something to build on. I have finished a first draft during NaNo before but in most cases that was the furthest stage reached, even if they can be developed. This time, I won’t get to draft two for a while, but writing Ruined Retreat makes the earlier books in the series more achievable in 2018.

So, once I’ve cleared some non-writing priorities – like getting a good US health insurance policy and my UK tax return –  will make finishing Fates Maelstrom top of my agenda. But I suspect I’m facing a tough task deciphering the copious notes that were meant to bring order to a writhing plot some months ago.

Or do I just ignore the stray sheep and write knowing where I’m heading – towards a ruined retreat in Snowdonia? 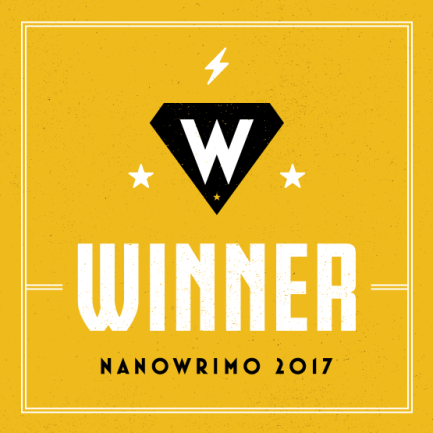