Yesterday, I posted “What earns Stars?” about my dilemma over review stars, and mentioned the book that rates more than five. Well this is the one that I had in mind, so read on. 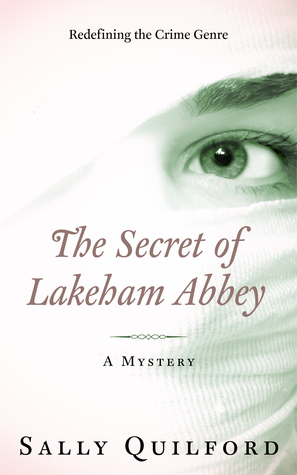 The Secret of Lakeham Abbey

When Percy Sullivan’s family take over Lakeham Abbey for the summer, it was a chance to get away from battered post-war London and be cossetted by the capable and pretty housekeeper, Anne Pargeter.

They soon learn that the Abbey conceals a dark secret; one that someone was willing to kill to hide. When Anne is convicted of murder and sentenced to execution, Percy is determined to do all he can to save his friend from the gallows.

He encourages everyone to tell their side of the story. This leads to some startling revelations, including a shocking secret that Percy’s mother tried to hide from him.

The blurb hooked me on the book’s launch day, and I immediately read the opening pages online. Then I had to read more. This was a beautifully crafted mystery in the tradition of the Golden Age of Detective Fiction, and I found it hard to put down. Despite life’s interruptions, I finished it in just over a day – close to my record.

From the first sentence, I loved the voices of the characters, especially Percy Sullivan’s. He’s a teenager driven by his desire to prove his friend Anne Pargeter, and his encouragement of everyone to tell their side of the story is genius. Genius on his part, and on the author’s.

All of them have great voices that reveal so much about them and their part in the clever plot. Everyone has something to hide, however insignificant – but then don’t we all. For the sleuths like Percy, the art is reading between the lies and half-truths to unravel the hidden truths. True to the Golden Age detectives, Percy and the police gather everyone for a neatly located revelation that surprises all.

Although secrets and murder are the driving force, and Percy’s focus in on solving the mystery, there is romance between various characters – but I won’t say whom. In fact, there is plenty of emotional interactions between characters, all well-painted.

This was not only an excellent read, and a ‘read-again’ book, but it also made me work back through the novel looking for the crafty techniques that Sally Quillford used. “The Secret of Lakeham Abbey” reminded me of a clever Agatha Christie mystery.

As a writer, this novel was a lesson in how to craft a mystery, which was why I studied all the scenes that gave clues to the murder. Learning how to use red herrings, deceit, and well-timed distractions, is something that I still have to take on board. Thanks Sally Quillford for helping show me some of the how. And that’s why I wish I could give “The Secret of Lakeham Abbey” six stars.